We have two ways we can slow down the climate change. The first and most important one is the reduction of fossil-based carbon dioxide emissions, and the second one is the binding and storage of the carbon dioxide already in the atmosphere. Forests play a significant role in terms of the latter, since every tree and every product made from wood stores carbon throughout their life-cycle.

“While wood plays a key role in climate change mitigation, we can’t stack all emissions on the shoulders of forests. The world’s forests are not enough to bind and store all of the carbon released through the use of oil and other fossil fuels,” says Armi Purhonen, Environmental Communications Specialist at Metsä Group. 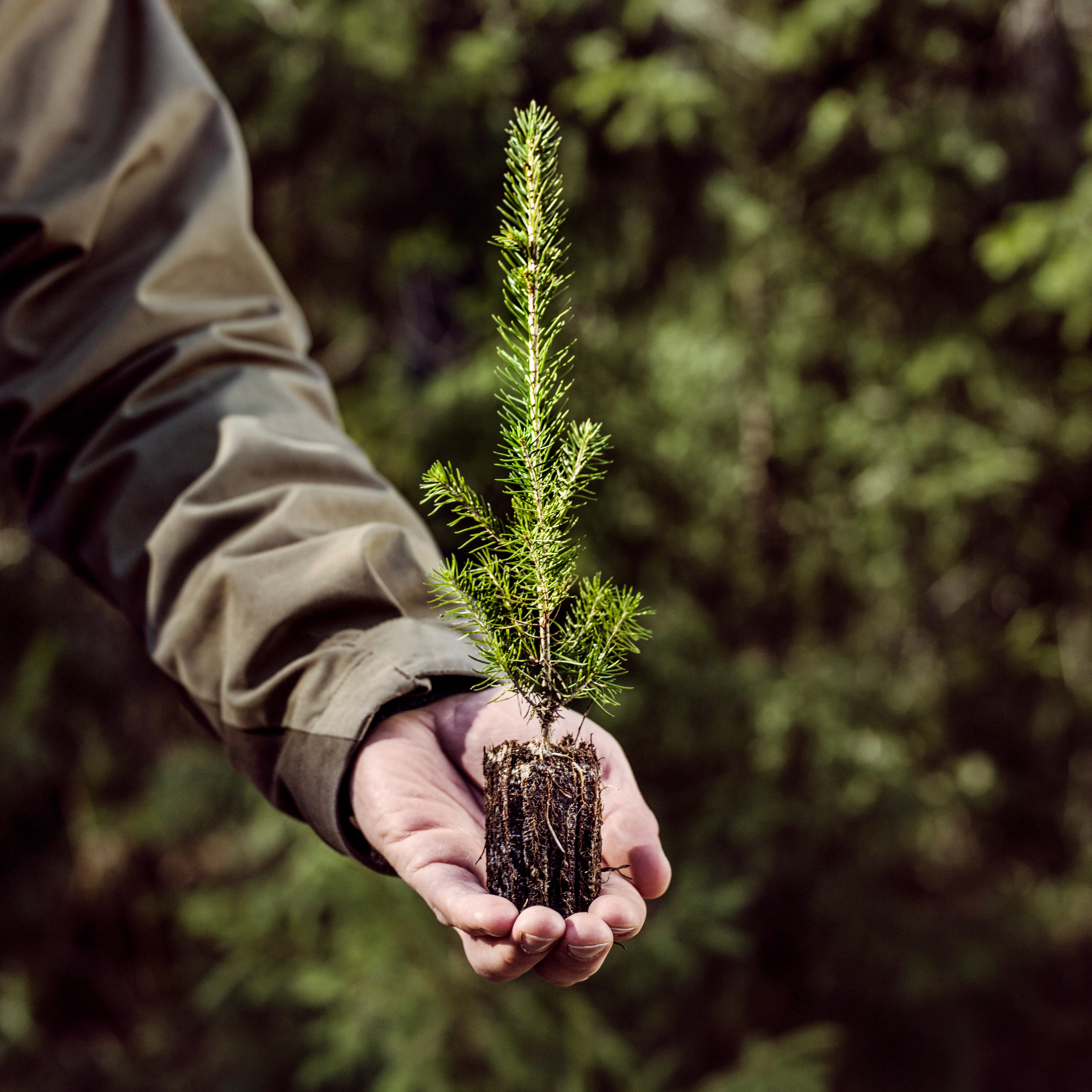 While wood plays a key role in climate change mitigation, we can’t stack all emissions on the shoulders of forests.

According to the Paris Agreement, the entire world should be carbon neutral by 2050. To achieve this goal, Finland, alongside other EU countries, has made a commitment to reduce its greenhouse gas emissions by 40 per cent by 2030.

This means that we still have a long way to go in terms of a carbon-neutral world and that the road there requires ecologically efficient solutions that allow us to use our natural resources more wisely and to reduce the volume of greenhouse gas emissions to a point where our carbon sinks are able to compensate for them in full.

For nearly a hundred years now, forest growth and development in Finland have been monitored with the help of forest inventories conducted at regular intervals. The measurements indicate that our forests are growing robustly: according to the Natural Resources Institute Finland (Luke), Finland’s forests grew by 107 million cubic metres in 2018, whereas in the 1960s, their growth rate was less than 60 million cubic metres.

“Forests are a unique natural resource in the sense that they grow all the time. In addition, we can influence how they grow and how much they are able to bind carbon. In fact, sound forest management allows us to achieve quite a lot,” says Purhonen.

A wisely managed and utilised forest binds more carbon dioxide than an old forest, which no longer grows that much. “The sustainable use of forests regenerates them, while also improving their ability to bind carbon. The carbon sink of a forest is at its biggest when the forest is 20–40 years old,” adds Purhonen.

The carbon sink of Finland’s forests is doubling

According to an estimate by Luke, the carbon sink of Finland’s forests could double by 2050, even if the roundwood harvesting volume would increase somewhat from its current level.

Furthermore, according to Luke, the current carbon sink of Finland’s forests has been achieved largely through sustainable and active forest management, which includes timely intermediate felling and the selection of a suitable tree species for each site as part of its regeneration.

“People often think that a forest will remain a big carbon storage if they just leave it be. But this is not so: in time, the trees will die and we will have lost the chance to use this valuable, carbon-storing raw material,” says Purhonen.

The measurements of the Finnish Meteorological Institute support this: according to them, old forests are poor carbon sinks – if not actual sources of carbon. “If forests are not managed or used, they will stop being a carbon sink and turn into a source of emissions instead,” says Matti Mikkola, Managing Director of the Federation of the Finnish Woodworking Industries.

“Forest management measures can increase carbon sinks and remove fossil-based carbon from the atmosphere while at the same time transferring the carbon storages to locations where they last for a long time, such as wood products for example in buildings,” adds Mikkola.

If forests are not managed or used, they will stop being a carbon sink and turn into a source of emissions instead.

The future is in wood

When we use wood, we can replace the use of raw materials that put a substantially heavier burden on the environment.

Nowadays, wood can be used to make just about anything that fossil-based raw materials are used for now. The most important thing is to make as much use of the valuable, northern wood raw material as possible, and to process it into products that bind carbon in diverse ways, can replace fossil materials and are recyclable and compostable.

“We have an excellent chance to do this in Finland, given that our forest industry uses every single part of a tree in the best possible way, either as material or as energy,” says Mikkola.

“This is a great and a sustainable equation which guarantees that we always use a hundred per cent of the world’s best raw material in applications which create the most value,” says Mikkola.

Read why is using wood a contribution to the environment