“Even though architecture is not a race, I dare say we did something right to finish ahead of so many extremely skilled participants. One rival was Sir Norman Foster’s studio, which has a thousand employees,” says Pekka Heikkinen, Professor of Practice in Wood Architecture at Aalto University, who led the winning team of students.

The World Architecture News award is far from the only one that Heikkinen and his students have received over the years. Their achievements include the Schweighofer Innovation Prize awarded in Austria, the Construction Rose awarded by the City of Helsinki, and the House of the Year award by Architectural Review.

Heikkinen oversees Aalto University’s Wood Program, where students learn about wood use and annually design and implement an experimental wooden structure. The Program was launched in 2000 as an umbrella for previously unconnected courses in wood products technology, construction technology and the history of architecture.

“Aalto University has always been strong in wood construction technology. The Wood Program has gradually expanded and has begun to attract foreign students. Many of them stay on to work in Finland after their studies,” says Heikkinen.

A lot to learn from wood

It was partly by accident that Heikkinen became a specialist in wood architecture during his studies. In a course on building repairs, he was working on a dilapidated wooden house, and his professor encouraged him to use a knife to study the condition of its structures.

“I realised that wood was a material that needed to be understood and I set myself the goal of learning everything about wood in ten years. Now, decades later, I still have a lot to learn – but it has certainly been interesting to work with wood,” he says.

After graduating as an architect in 1991, Heikkinen worked for a few years in architect offices. In 1995, he found himself teaching wood construction part-time at the Department of Architecture at what was then called Helsinki University of Technology. In 2008, he was appointed Professor of Wood Architecture.

“Wood construction has remained a strong field of interest for me, because it is both tangible and responsible – especially from the perspective of sustainability these days.”

Construction is now going through an interesting phase, Heikkinen says. Nearly every year, someone designs a wooden house that is a floor or two higher than before, constantly testing the limits. In 2022, for example, the 18-floor Mjøsa Tower in Norway will lose its position as the world’s tallest wooden apartment building to the Ascent tower in Milwaukee, US, which has 25 storeys.

“Such large-scale projects demonstrate that wood has long been an industrial product and mode of construction. Mjøsa Tower showed that a lot had been learned from the previously tallest 14-floor wooden building in Bergen in Norway. Flaws had been eliminated, and good solutions had been developed,” he says.

“New buildings always feature some innovation; they are never constructed exactly like their predecessors. You might wonder why, but innovation is the reason people study to become architects and construction engineers.”

Wood construction has received a boost from several impressive high-profile projects. Some of the Finnish buildings that have attracted international attention are Oodi Helsinki Central Library and the Löyly seaside sauna. From other countries, Heikkinen mentions the Metropol Parasol in Seville, Spain, although he admits he is not particularly interested in huge wooden monuments, but rather in good and enduring solutions.

“My most memorable experiences of wood construction come from buildings made of solid wood, where you can feel the massiveness, and even the scent, of wood. It is good to experience the material with senses other than sight.”

Heikkinen has also been impressed by the Hamar Museum, designed by Sverre Fehn from Norway. The museum features curved glulam beams, combined with the stone and wood structures of an old farm building from the 1700s.

“You can feel it in your bones that you are experiencing architecture.”

There is something in wood that makes you want to touch it – and by doing so, we subconsciously transmit a sense of wellbeing through the hands to the brain.

Ingenious and original, rather than large and imposing, is an apt description of the work of Heikkinen and his students. Being able to sense the wood also plays an important role in their designs.

In 2010, he and his students submitted an entry called “Luukku” to a competition on energy-efficient construction. The house was constructed in Otaniemi in Espoo and transported to Madrid in Spain for the competition. It received 200,000 visitors over the week of competition.

“On the days I was there, all the visitors went around touching the wooden surfaces. There is something in wood that makes you want to touch it – and by doing so, we subconsciously transmit a sense of wellbeing through the hands to the brain.”

Heikkinen believes that wood is inviting partly because it has human characteristics.

“A living tree contains approximately the same proportion of water as the human body, and trees also communicate through their roots. Wood is a warm material that you can even hug.”

Heikkinen considers teaching to be the most significant step in his career. He finds the continuity of work more interesting than his own achievements.

“I have had a long and consistent career, which has been recognised internationally. Many younger colleagues in the field have taken part in our basic education. I have also had the pleasure of working with good partners, who are now professors in their respective fields.”

Aalto University’s wood architects cooperate with other Finnish universities and are active in international networks, with the Technical University of Munich and Yale School of Architecture, among others. The collaboration with Yale emphasises environmental aspects and the circular economy in architecture.

Wood is a strong material. It is essential to understand wood – you cannot force wood into anything but must use it in accordance with its natural properties.

The importance of understanding wood

Heikkinen believes his students are sometimes baffled by the flood of information concerning wood construction. His answer to this is to focus on something tangible – on wood as a material.

“Our first-year studies begin when we all head off to Evo forestry campus near Hämeenlinna, and then jointly find and fell the best pine tree. We then begin to examine the tree and build our year-long course around it.”

What must an architect and constructor know about wood? Heikkinen says two basic facts take you a long way. Wood seeks a moisture balance with its environment, and wood has different properties in different directions. In other words, wood constructors must consider wood shrinkage and expansion, as well as the grain direction.

“Wood is a strong material that can even break a joint or itself. It is essential to understand wood – you cannot force wood into anything but must use it in accordance with its natural properties.”

Wood construction finally on the verge of a breakthrough

He sees a great need for sustainable construction and for teaching and learning about it, both in Finland and other parts of the world.

“In my opinion, we are far from ready. We know that construction consumes a great amount of natural resources and energy, but the sector is still waiting for a major breakthrough. Wood could offer an opportunity for this, just as the construction of concrete suburbs in the 1970s led to a huge improvement in housing standards.”

Heikkinen says that a breakthrough in wood construction has been expected several times during his career, but development has been slower than expected.

“However, it now seems the sustainability goals prompted by climate change are finally being realised. The properties of wood, which is a renewable, carbon storing and recyclable material, have gained new importance.

“I hope to see this wonderful renewable natural resource being used in the best possible way in the future – for construction.”

This article was originally published in Timber Magazine issue 2022-2023. 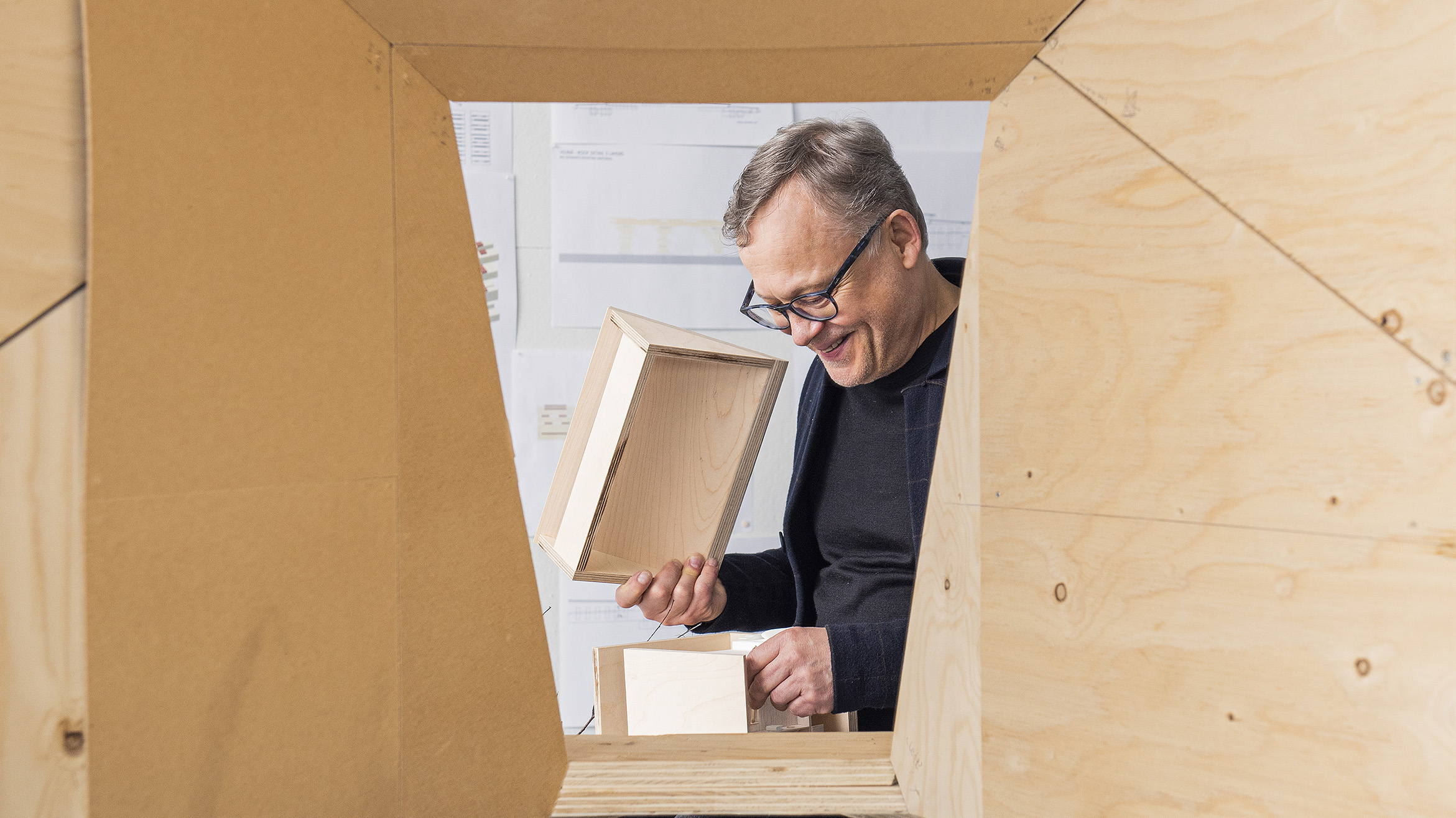