In the past decades, the Turkish economy has seen its share of ups and downs, but the general trend has been upward. Located at the crossroads of Europe and Asia, the country has an established position among the world’s 20 largest economies.

Economic growth has boosted the market for paper. This is reflected especially in the demand for tissue products.

In Turkey, paper producers have responded to the increasing demand by heavily boosting their tissue production. Following new investments, current production capacity of some one million tonnes is expected to increase by more than 300,000 tonnes in the next few years.

“Four large paper machines will start up during 2021 and 2022, and we are also expecting to see new investment decisions to raise production capacity,” Laine adds.

Pulp procured from the international market

Turkish companies import the pulp for tissue production, because the country has no pulp production of its own. Onur Pervanlar, Managing Director of G.A. Paper Turkey, points out that there were still Turkish pulp mills in the early 21st century, but they have since closed down.

“Turkey is now fully dependent on imported pulp, and no new investments in pulp production are on the horizon. This reinforces the significance of the Turkish pulp market for international players like Metsä Fibre,” says Pervanlar.

Kustaa Laine says that the state of international pulp markets is actively discussed when doing business.

“As a big, global player, we can offer our own perspective and thus provide added value to customers.”

Tissue production is concentrated in the western part of Turkey, home to the country’s biggest city, Istanbul, and the major industrial hubs of Izmir and Bursa.

Smaller local producers, with older machinery, operate in other parts of the country.

“We do business with all the major players in Turkey, both in tissue and other end use products,” says Kustaa Laine.

Aktül Kağit is a good example of a Turkish paper producer that is increasing its production. It produces tissue paper in Pamukova, close to Istanbul.

“We continue to make new investments. For example, in 2021 we acquired a paper machine that will increase our production capacity by 70,000 tonnes,” says Zeynep Çelenk, Procurement Manager at Aktül Kağit.

Turkish market has a bright outlook.

“There is currently an oversupply of tissue products. We and all our competitors are making more investments in new production capacity, aiming to satisfy the growing demand on export markets.”

Consumer products made in Turkey have gained a strong foothold in neighbouring countries. The same is true of tissue products, where exports have risen steeply in recent years.

Countries in the Middle East are the main export markets, but Russia and Caucasia are also important.

Turkey also exports tissue paper as jumbo rolls to Europe, where it is upgraded into end products. 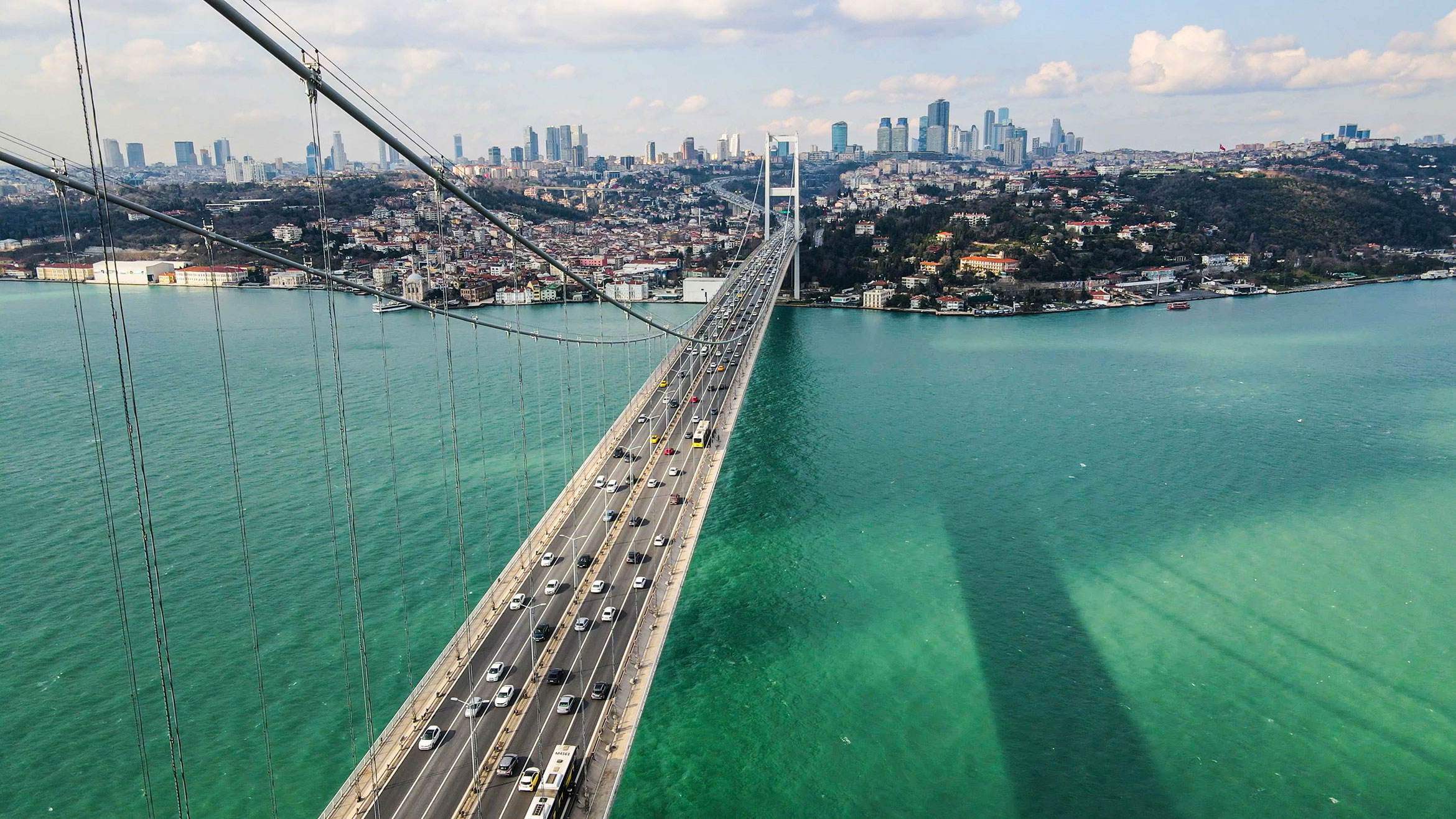 Turkey’s population is expected to increase from some 85 million now to 100 million by 2040.

The country’s population is also relatively young: 23 per cent of the inhabitants are under 14. The corresponding figure for Finland is 16 per cent.

“In Turkey, the consumption of tissue paper per person is only around six kilograms annually, compared to 20–25 kilos in western Europe. Consumption is even lower in Turkey’s neighbours. This offers great market potential for tissue paper and thus for pulp in the future,” she says.

Metsä Fibre has a strong foothold in Turkey

Metsä Fibre mainly exports long-fibre pulp to Turkey and has secured a strong foothold in the country.

“We are the market leader in Nordic long fibre pulp in Turkey,” says Kustaa Laine.

He notes that in recent years, the company and its Turkish customers have increasingly favoured contract-based trading instead of market-based spot sales.

This testifies to market development and the long-term operations of local producers.

“As customers grow bigger and bigger, it becomes more difficult to secure their pulp supply by spot purchases alone, which is why trading based on long-term agreements has become more popular,” Laine says.

Turks are known for their trading skills. How does this show in trade negotiations?

“There is a lot of wrangling over prices, of course, but once the negotiations have been concluded, everything works as agreed. Turkey is a good country to do business in.”

Trading based on long-term agreements has become more popular.

Juho Rossi says the development of the Turkish paper industry shows in how local companies strive to systematically develop their operations. In production, this can mean raising the level of quality, optimising the use of raw material, or enhancing the use of energy.

“We provide local engineers with training in the raw materials for paper production and their use at paper mills. The production plants have many new employees, who are enthusiastic about learning new things,” he says.

“Pulp refining processes are at the core of Metsä Fibre’s competence. We help customers optimise their refining processes, for example by carrying out audits and doing test runs. Simultaneously raw material formulas are optimised. This leads to cost savings and improved quality.”

Rossi says that communication with Turkish customers in technical matters works smoothly in both directions.

“We have good personal relationships with our customers, and the teamwork is excellent.”

“During the pandemic, Finns have not been able to visit Turkish customers as they used to. Nevertheless, we have managed to serve our customers despite the challenging times. It is important to maintain direct contacts,” says Onur Pervanlar.

Environmental matters have also become more prominent in discussions with Turkish customers. Larger local companies in particular have their own sustainability targets, which they actively promote and put into practice.

“Environmental responsibility is one area of cooperation which we can develop jointly,” says Kustaa Laine.

Zeynep Çelenk appreciates a pulp producer that is committed to resource-efficient production and a value chain in which the virgin fibre used as raw material can be traced to sustainably managed forests.

“Turkish consumers are also becoming more aware of environmental matters, and consumption trends influence producers. We produce environmentally friendly products and make efficient use of natural resources in production. We are the first in our field in Turkey to be granted an environmental label for our products,” says Çelenk.

This article was originally published in Fibre Magazine issue 2021-2022.

Kustaa Laine
Vice President, Sales, at Metsä Fibre, in charge of pulp sales in the Americas, the Middle East and Africa. He has also worked in technical customer service and different roles in sales.

Juho Rossi
Technical Customer Service Manager at Metsä Fibre. He has worked in customer service at Metsä Fibre since 2014, and before that in production at Metsä Board.