​Japan’s wooden post and beam construction method has unique features in its structure and joints. This traditional method is designed to gently deflect strong external forces like wind and earthquakes, rather than countering them head-on.

Softwood makes it possible. It has less strength than hardwood but more elasticity.

The joints are specially constructed to creep while offering resistance. When exposed to even greater forces, mud walls between posts provide a buffer, reducing the destructive force as they collapse.

Such principles are used in various parts of a Japanese building, including the foundation, the core of mud walls and the way tiles are laid on roofs. Thanks to their elasticity, posts and beams return to their original positions once external forces recede.

Buildings constructed in this way rely on a framework of posts and beams. This limits the need for walls, which tend to be fewer than in European buildings. Floors are raised above ground level to improve ventilation in Japan’s hot and humid climate.

It is unclear when this method started and where it came from. However, the remnants of joints like this have been found in ruins dating back 4,000 years, so the wooden post and beam method was likely invented even earlier.

Safe buildings are a priority

Forests now account for nearly 70 per cent of Japan’s total land area, among the higher rates in the world. However, the country lacked sufficient forest resources until about 60 years ago.

In the 8th century, forest resources were so scarce that felling trees was prohibited. Constructing safe buildings from a limited amount of wood has long been a priority.

Today’s conventional construction method became mainstream from 1945 onwards. At the end of World War Two, most major Japanese cities were burnt to the ground and building materials were scarce. Sturdy houses had to be produced with a minimum amount of material.

Advances in structural mechanics and the use of nails to fix metal plates onto joints made it easier to calculate the strength of buildings, eliminating the need to rely on the experience and exquisite skills of carpenters.

The current conventional method is a theoretical and computable system, a modernised version of the traditional method.

While residential construction is the main driver of wood demand in Japan, non-residential buildings are likely to play a vital role as a market for glulam in future, says Yasuo Toyoda, Executive Officer and Senior General Manager of the Wood Products Division at ITOCHU Kenzai Corporation.

“The Japanese people have a long-time affinity for wooden buildings. In our daily lives, we have always been surrounded by trees. Even today, the demand for wooden houses is strong. When people want to build a house, 80 per cent want a wooden one.”

As a result, most of Japan’s wood demand is for residential use. The transaction volumes of glulam used for posts and beams have increased by more than 20 per cent over the last 5 years.

But the present situation is a transitional one. In 2003, Japan’s Forestry Agency and Ministry of Land, Infrastructure, Transport and Tourism decided to promote the use of wood in public architecture, too.

Since then, national and municipal governments have encouraged wood construction in medium and large buildings and the use of CLT (cross-laminated timber) has also been approved.

“Wood architecture still accounts for only about 10 per cent of small to medium-sized non-residential buildings. This is because of limited education about wood architecture in university curriculums and the fact that smaller building contractors specialise in housing and lack experience in non-residential construction,” says Toyoda.

“Small- and medium-sized non-residential buildings are likely to play a critical role as a market for glulam going forward, so we are looking at various ways to enter the market.” 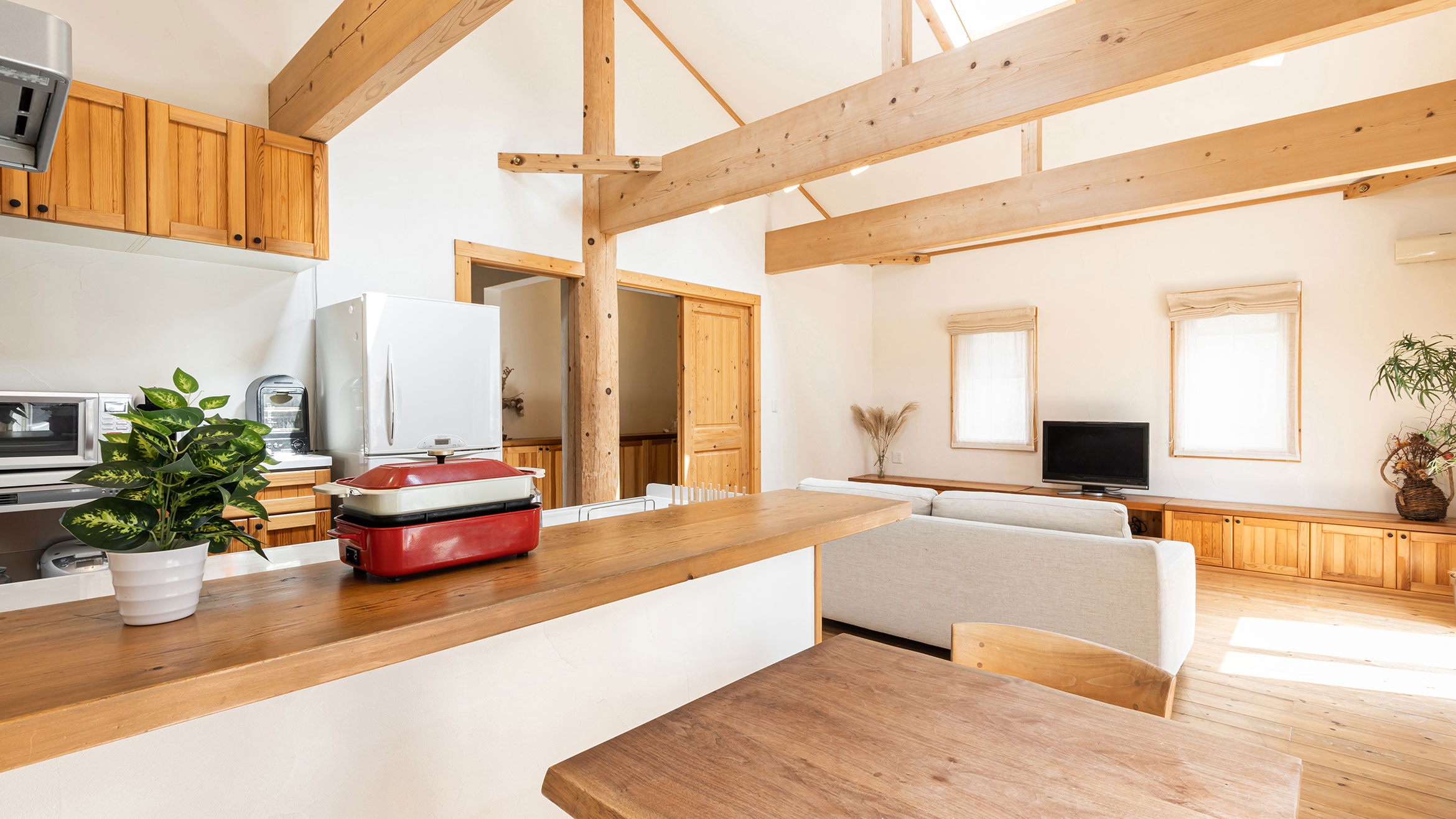 The role of building material producers

Northern Europe is now a key source of raw materials imported by Meiken Lamwood Corp., one of the largest glulam manufacturers in Japan. Meiken Lamwood was one of the first to develop CLT, says Takushi Nakashima, Executive Managing Director of its Lamina Purchasing Department.

“Buyers for housing construction account for the great majority of the glulam that we manufacture and deliver. There is also some demand for products like large cross-section glulam, but volumes are currently small. However, demand for CLT has started to pick up, and the demand situation is likely to change, so we will adjust our production plans.”

Glulam is used for structures where stable strength and moisture percentage are required.

“For our products to be trusted by customers, there must be reliable control of the manufacturing process and above all, a keen eye for choosing reliable quality materials,” Nakashima says.

“In the past, we imported raw materials mainly from North America, but they were not dry enough and domestic demand in the United States led to instability in the volumes available. In a bid to resolve this we negotiated with some countries including New Zealand, but northern Europe now makes up the core.”

“What is crucial for glulam production is a stable supply of good-quality raw materials. Finland handles sawing to drying consistently, prices and quality are stable and reliability is high so we can place orders with confidence. As an important partner, we would like to continue cooperating closely going forward.”

Outlook for wood construction in Japan

Japan has many legal regulations for wooden buildings, with detailed ordinances based on a building’s purpose, dimensions, and environment. These include the Building Standard Law, aimed at ensuring the safety of buildings and the Fire Service Act, aimed at fire prevention.

While they have been gradually revised, they are not fully up-to-date with the rapidly advancing technology and newly developed materials.

Amid Japan’s declining birth rate and ageing population, the amount of new housing construction is expected to decrease. A rapid decline in demand is unlikely, however, given that moves to rebuild old buildings are likely to accelerate.

Japan has a culture that traditionally places value on the beauty of wood texture and grain patterns.

Nevertheless, there is a mistaken prejudice that wood is more flammable and lacks strength compared to concrete and steel. In reality, when compared by unit weight, wood is the strongest and neither acid nor alkali will cause it to deteriorate.

Many people are under the impression that buildings made from steel frames or reinforced concrete are safe and long-lasting. But the Horyuji temple has stood for 1,300 years while the Todaiji temple in Nara is one of the largest wooden buildings in the world.

At long last, we are seeing a renewed awareness of the diverse advantages of wood architecture and the number of wooden buildings can be expected to increase in future.

Use of specially dried pine

Metsä Fibre has been supplying sawn timber to Meiken and to many other Japanese manufacturers of glulam beams for many years. The product exported to Japan is pine lamina, which is manufactured exactly according to Japanese dimensions and quality standards.

Japanese manufacturers of glulam beams monitor the quality of the wood raw material very closely. The strength of each piece is tested before it is taken for glueing.

The products destined for Japan are produced at Metsä Fibre’s sawmills in Lappeenranta and Merikarvia. Production from Rauma’s future sawmill will also be exported to the Japanese market.

“With the Rauma sawmill, our ability to produce lamina for the Japanese market will more than double,” says Peltoniemi.

This article was originally published in Timber Magazine issue 2021-2022.

Yasuo (Yaz) Toyoda
Executive Officer in charge of the wood products division of ITOCHU Kenzai Corporation. ITOCHU Kenzai handles 750,000 m³ of timber from all over the world.