Academician Markku Kulmala, the first chair of the Finnish Climate Change Panel, has studied the atmosphere and climate change for decades.

“My interest in the field arose from pure curiosity and the desire to better understand what was happening around us,” he says.

A professor of Aerosol and Environmental Physics, Kulmala’s main job is at the Institute of Atmospheric and Earth System Research (INAR) of the University of Helsinki. It studies the composition of the atmosphere, atmosphere – Earth surface feedbacks and climate change. He has been at its helm since the early 1990s, steering its national operations as well as its international networks.

That the work would bring him worldwide recognition was not something Kulmala envisioned.

“It never entered my mind that my team and I could become famous. But then our work began to be cited and recognised around the world.”

The world’s most cited researcher in the geosciences from 2011 to 2018, Kulmala is an honorary doctor or professor of the universities of Stockholm, Tartu, Budapest, Nanjing, Fudan and Beijing University of Chemical Technology, as well as a member of the Russian and Chinese academies of science.

“I would not be an academician and my work would not be so widely referenced without the SMEAR stations,” says Kulmala.

Kulmala’s path to Stations Measuring Earth Surfaces and Atmosphere Relations (SMEAR) and their ground-breaking research began in 1977 with his studies in theoretical physics at the University of Helsinki. He turned to atmospheric sciences a few years later, and gradually more and more of his research topics came to involve climate change.

He wrote his doctoral thesis in the 1980s, examining the formation of new particulates in the atmosphere. In those days, acid rain and ozone depletion were receiving a great deal of attention, but climate change was still of minor interest.

“The topic was not mainstream back then and no one talked about it much,” he says.

The Chernobyl nuclear power plant disaster in 1986 marked a turning point in his career.

“It was a very unfortunate event, but important from a research perspective. We learned a lot about the flow of different substances from one place to another.”

Before the disaster, he had been studying the formation of atmospheric articles. After it, he focused on nuclear fallout and suspended particulates.

“We measured conifer needles, fish, the soil, cow’s milk, you name it, to understand the behaviour of radioactive substances such as caesium. This gave us a general idea of the transfer of substances – how they circulate from the outside to the inside, from the atmosphere into the soil – and the trees, for example.”

Kulmala says this insight served as a fundamental driver for the construction of SMEAR stations. Before that, he spent several months in Austria, seeking in-depth knowledge of aerosol physics, that is, research into air quality and particulate emissions, under the lead of Professor Paul Wagner.

“I gained a good grasp of basic research on particulates during that time.” 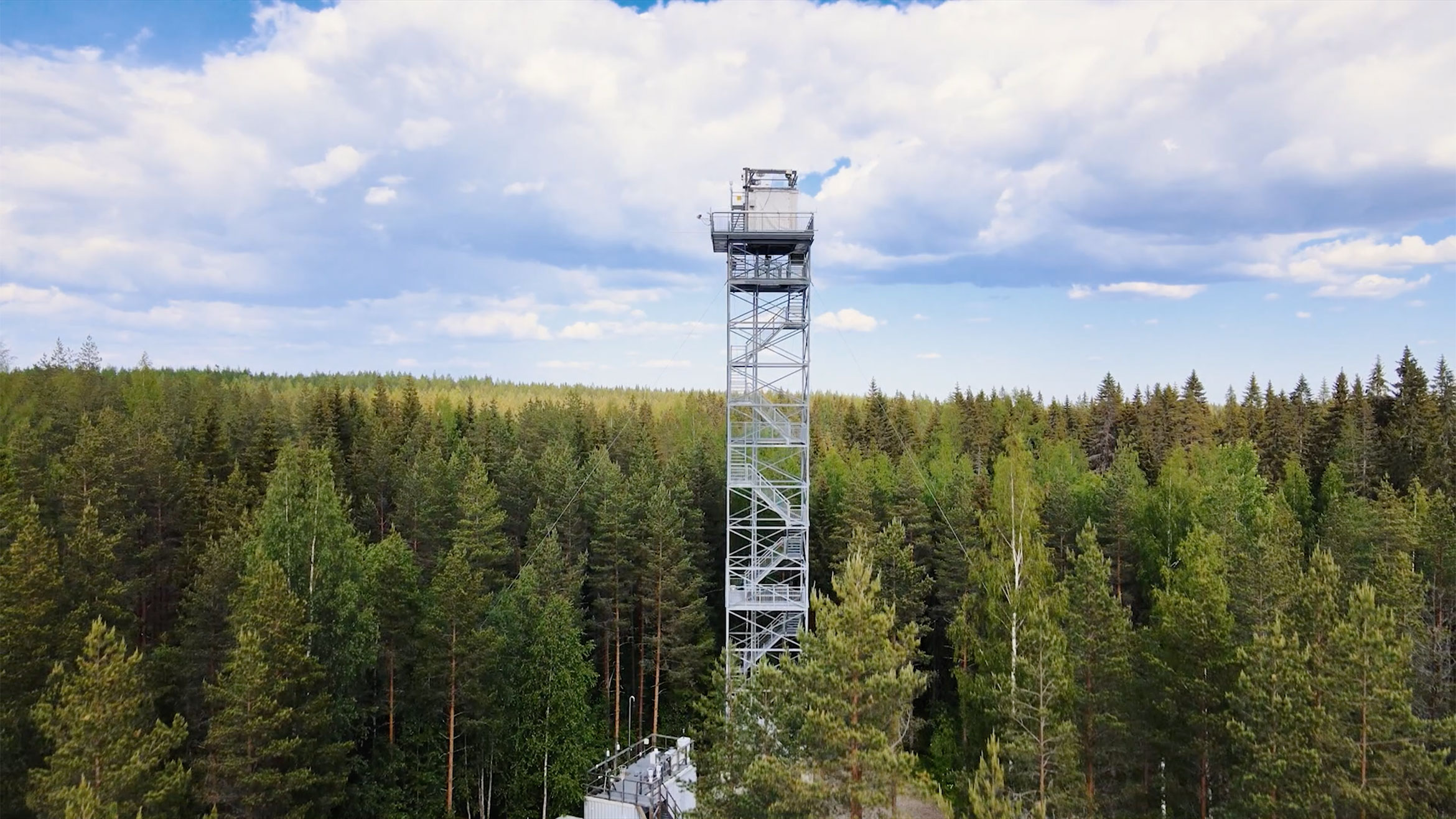 How ecosystems affect the atmosphere

Kulmala says this insight served as a fundamental driver for the construction of SMEAR stations. They measure interactions between the atmosphere and ecosystems on the Earth’s surface, and the results provide diverse and comprehensive long-term data on various ecosystems such as forests.

Markku Kulmala has been involved in the stations’ history from the outset, and the related work has made him and Finland number one in atmospheric sciences research. He established the stations with Pertti Hari, Professor Emeritus in Forest Ecology. The first one was set up at Värriö, a fell in the eastern part of Finnish Lapland, in 1990–1991.

SMEAR II, the most famous of the five stations in Finland, is part of many international measurement networks. It was set up in 1995–1996 at the University of Helsinki’s Hyytiälä forestry field station in the Tampere region. It has produced a steady stream of data for research purposes.

“When we initiated our measurements, it was clear we needed long time series. We just didn’t realise all the things they could be used for,” Kulmala admits.

The stations provide researchers with continuous measurement data. One of the things that they help explain is the impact of the forest ecosystem on the formation of particulates.

“The collection of data on forests is particularly important, because the forest ecosystem has a major impact on the atmosphere. Measurements help us identify various feedback loops between the two.”

“We offer the widest scope of measurements worldwide. A normal air pollution station measures ten variables, as does a normal weather station.”

The climate impact of forests

Thanks to the Hyytiälä station, Finnish forests are the world’s best measured.

“We examine natural processes as extensively as possible so that we can answer questions like climate change. Without these measurements, we would not possess all the knowledge we do about carbon sinks – for example, that a coniferous forest in southern Finland, including its soil, absorbs 300 grams of carbon per square metre annually,” Kulmala explains.

In many ways, forests and the soil are significant carbon sinks, removing carbon dioxide from the air. Like the soil, trees absorb carbon as they grow, but they also perform many other tasks.

Photosynthesis generates hydrocarbons, and if you wander in the forest on a sunny day in the early summer, you can actually smell these hydrocarbons, known as terpenes. Terpenes react with atmospheric ozone and UV radiation, forming nanoparticles that contribute to the mitigation of climate change.

In other words, the forest is a significant balancing factor. Its impact on the climate is several tens of percent greater than it would be as a carbon sink alone.

No other place in the world has a time series as long as the Hyytiälä station. It provides unique information about the feedback loop, which further enhances the ability of forests to sequester carbon.

The importance of the entire chain

How big are the carbon sink and carbon storage of the soil and trees? Kulmala says we still need more information about aspects such as the volume of carbon that forests of different ages absorb in different parts of the world.

We also need to know where wood-based products end up: are they long-lived, or will they soon be burned, returning their carbon dioxide to the atmosphere?

“We must enhance our understanding of the entire chain. In terms of climate change, the key question is how quickly carbon returns to the atmosphere. If we want to curb climate change, we must increase sinks and reduce emissions at the same time,” Kulmala says.

From a global perspective, it is absolutely vital to reduce forest fires.

Markku Kulmala says Finnish atmospheric competence is of world-class quality by any standards.

“The knowledge and measurement of interactions between the atmosphere and forests, as well as the related competence, are unique here. They cannot be found at this level anywhere else.”

Kulmala hopes to see this competence spread around the world.

“There should be a measurement station like a SMEAR station in each main ecosystem and in each metropolis. Worldwide, we would need a few hundred of them – but preferably a thousand.”

Finland currently has five stations, Estonia one and China two.

“Three stations are under construction in China, and one each in Russia, South Africa and Kenya. In addition, there are preliminary Arctic stations in Greenland and Svalbard, and Sweden has stations that satisfy the criteria but have not yet joined the network.”

Forests are not the only ecosystems that are important for atmospheric research. In China, measurements are carried out in metropolises.

Kulmala says China is important from the overall perspective.

“In China, you can detect atmospheric chemical reactions that are rarely found elsewhere. The diverse data that we obtain on the country’s combination of pollutants gives us an important overall insight into what is going on in the atmosphere.”

The researchers in Kulmala’s research group have found that at least in China, the bulk of air pollutants in large cities are not direct emissions. Instead, 90 per cent of the particulates are generated in the atmosphere.

It is a comfort to hear the researcher say he is definitely more optimistic than pessimistic about the future.

“I believe it is fully possible for us to tackle climate change,” he says, pointing to recent developments.

“Various parties in society are now taking climate change seriously. Awareness of the importance of biodiversity and the adequacy of food and potable water are at a very different level now compared to a few decades ago. But we still have work to do.”

Above all, he believes we need cooperation. No one can solve climate change on their own; a diverse, holistic approach is required.

As an example, he mentions the wider utilisation of measurements from the SMEAR stations. The data are already used to answer many questions related to the environment, forestry and climate change. But the enormous volume of data offers opportunities for much more.

“Our large data bank could benefit companies. Data could be used to find answers to many questions in the forest industry, for example. The quality of data is such that it can also be used to generate new innovations.”

This article was originally published in Fibre Magazine issue 2021-2022. Take a look at the magazine: https://customermagazine.metsafibre.com/mag/fibre-2-21_en/1-15 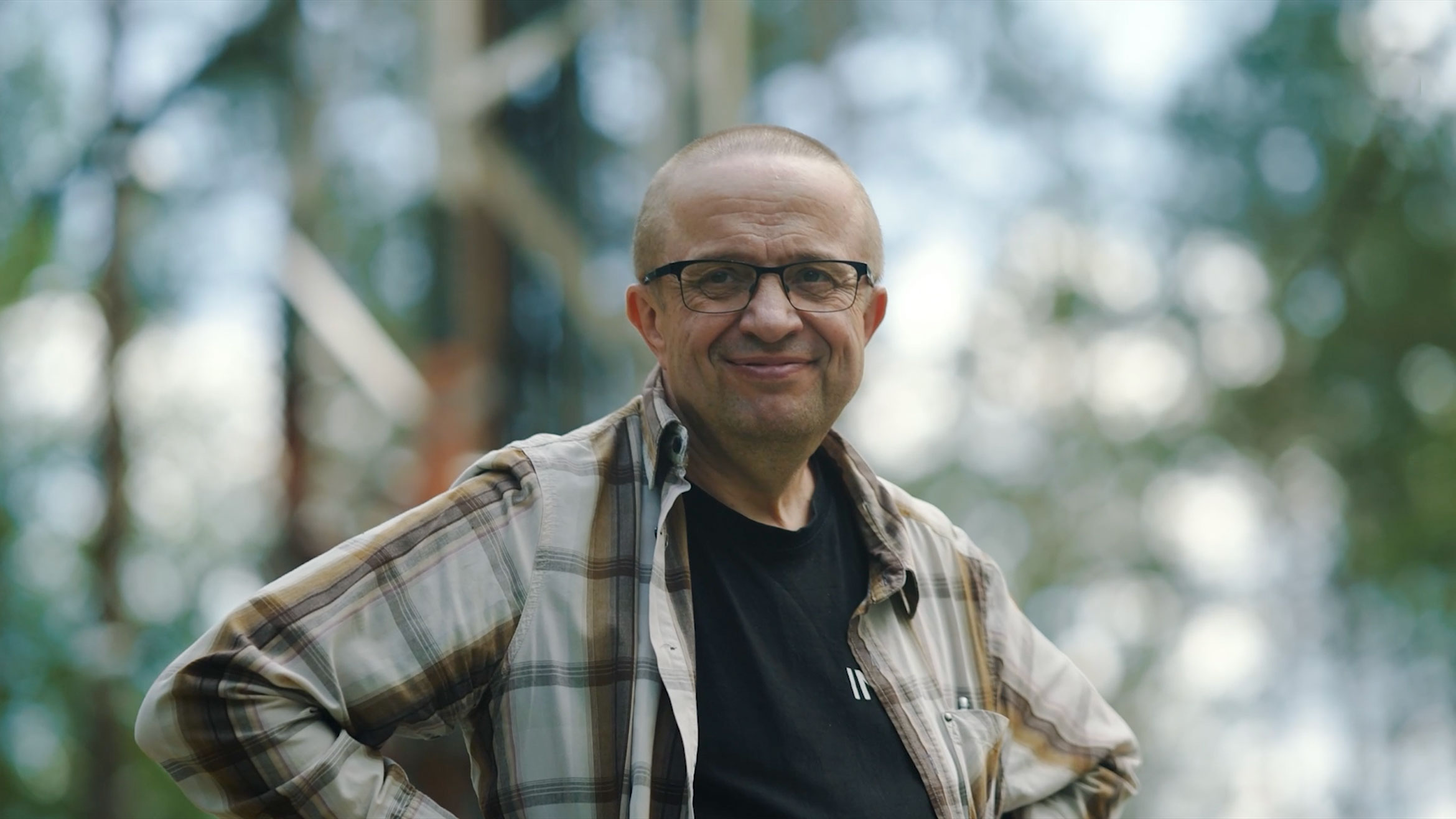 Academician, Academy Professor, Professor of Aerosol and Environmental Physics at the University of Helsinki, and Director of the Atmosphere and Climate Competence Center (ACCC). For many years he was the world’s most cited geophysicist.