​A large project requires solid expertise in various areas, and success is achieved through good cooperation between the many parties and experts involved. A technical background is useful for understanding the significance of various project aspects and seeing the bigger picture.

“The implementation phase of our Kemi project was preceded by a pre-engineering phase, for which the Äänekoski bioproduct mill provided a good basis. The things that worked well in Äänekoski will also be implemented in Kemi, and we will continue to develop the concept in the spirit of continuous improvement. We’ve now purchased the main equipment and all the large assemblies for Kemi, and we’re procuring smaller items all the time. Having said that, a lot of it is also very large – pipe bridges, for example,” says Kittilä.

Having worked at Metsä Fibre’s Kemi mill for almost ten years, Kittilä has the advantage of knowing the local conditions and people. Born and educated in Helsinki, Kittilä came to Kemi in 2000 to do his master’s thesis, graduated in 2001 with a degree in pulp and paper technology, and stayed in Kemi until 2009.

“I’ve worked at all Metsä Fibre’s existing mills. I was head of the company’s investment team when the Äänekoski bioproduct mill project started in 2015, and I provided support for the start-up of the fibre line there in 2017–2018.”

“In terms of the amount of raw water taken from the River Kemijoki, the new mill’s water intake will not be greater than the current one’s, even though production will be 2.5 times bigger.”

Kittilä finds it extremely exciting to be building an efficient new mill that not only represents top technology but is also the largest investment in the history of the Finnish forest industry.

“It’s based on high-quality planning, and construction has progressed in schedule. The schedule is extremely important, because all the work stages in a large project are interlinked and affect each other.”

The new Kemi bioproduct mill will feature the best available BAT-technology, including a sulphuric acid plant . Sulphuric acid is produced from the sulphur compounds in the mill’s odorous gases, which contributes to reducing the sulphur load discharged to water.

“The sulphuric acid plant’s production replaces some of the sulphuric acid we buy, which significantly reduces the use of purchased sulphuric acid at the mill. Another key point is that the treatment and collection of odorous gases from various points is carried out so that it only allows the release of odours into the air in extremely exceptional circumstances.”

Another new feature compared to the current Kemi mill is the gasification of bark. A product gas made from tree bark replaces fossil fuel in the lime kiln.

“Approximately half the bark from our mill will be gasified, and half will be sold as biofuel to thermal power stations.”

The new mill will significantly reduce wastewater through closed cycles and 100% utilisation of production side streams. Efficient wastewater and tertiary treatment will ensure compliance with strict permit conditions.

The fully autonomous AI-based wood handling system for the reception, storage and process feeding of wood raw material is also a world first. The electrical equipment and the systematic placement of functions will enable wood yard operations to be run on fossil-free fuel. With this equipment, the Kemi bioproducts mill will also contribute to the achievement of Metsä Group’s strategic goals for sustainable development.

The Kemi bioproduct mill project of Metsä Fibre, part of Metsä Group, has progressed according to plan and on schedule. Earthworks and pile driving have continued as planned, and foundation work and frame construction are now underway. Mechanical installations have started with the installation of large bleached pulp tanks. The procurement and contract negotiations are ongoing, and new deals have been struck.

“A large project has a large project team consisting of many experts. Everyone working on the project brings their own experience to the table. Through joint discussions, we find the best solutions and ways forward. Certain challenges are part of the job, as there are many things to do, and prioritising them is necessary. It’s also important to keep the balance between work and other areas of life.” 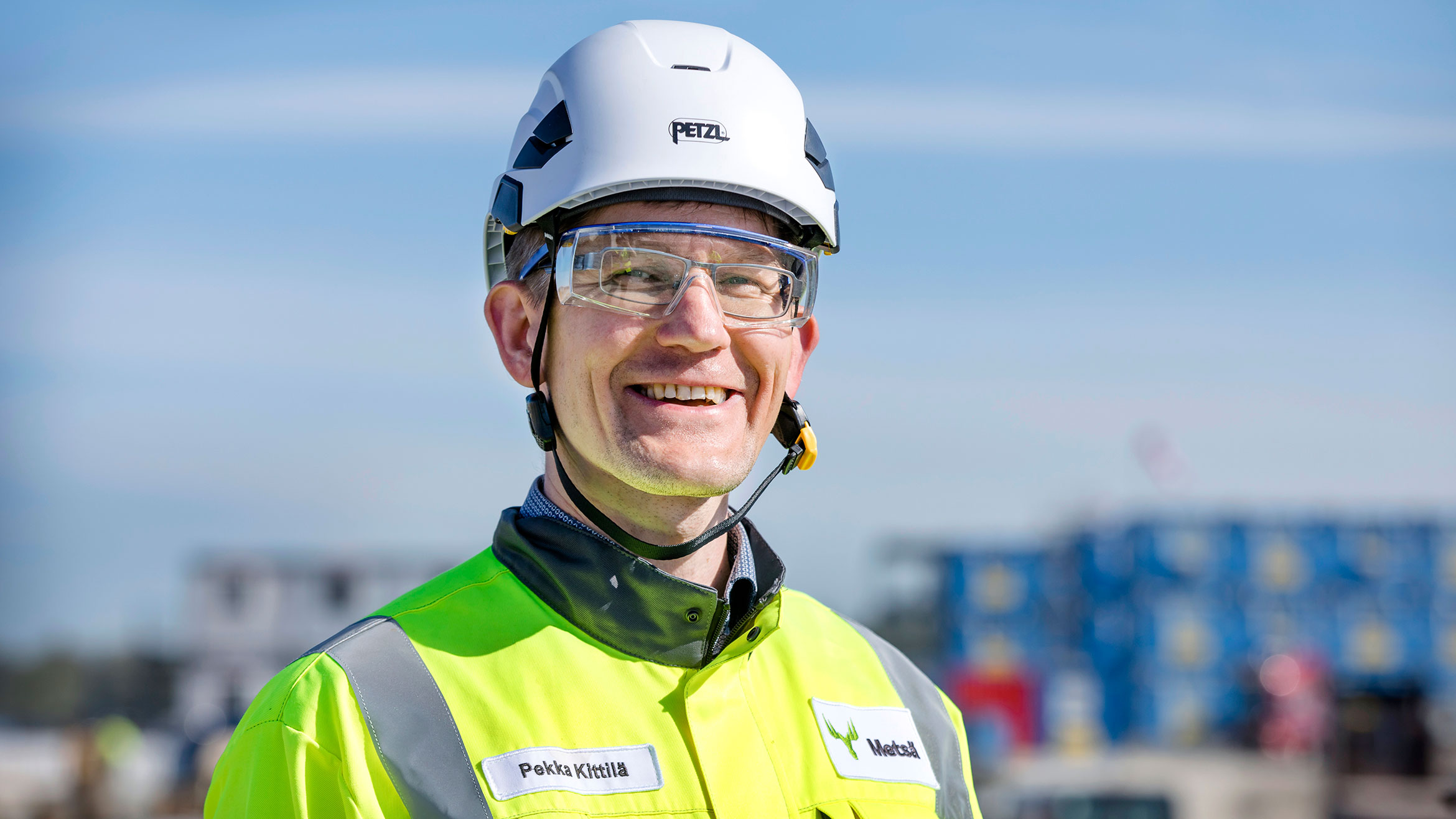 The builders of the bioproduct mill

The builders of the bioproduct mill is a series of articles that introduces readers to the people bringing the Kemi bioproduct mill to life and describes their work as part of the biggest investment in the history of the Finnish forest industry. This is the third article in the series.

A project that pays attention to safety will stay on track

Ensuring safety is a common effort

The construction of the bioproduct mill is progressing according to plan

Information exchange among contractors is important